One on one with Anonymous 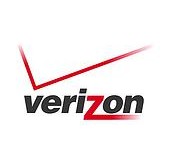 Setting up an on-camera interview with someone who won’t share their location or identity poses its challenges. After exchanging countless direct messages and multiple Skype names, CNNMoney was face to … mask with a member of loosely organized hacking collective Anonymous.

Known for their “hacktivist” approach, the group has attacked everyone from government agencies to terrorist groups to banks. Under the Guy Fawkes mask, members stand for different causes and don’t always agree on who should be targeted. While the group is decentralized, members connect in Internet forums to plan various online attacks.

One of their commonly used hacking methods: denial of service attacks — essentially overloading a website with traffic until it crashes. They’re also known for hacking companies and releasing sensitive data on the web.

CNNMoney spoke with an Anonymous member about why he believes hacking is the new form of protesting. While he wouldn’t share personal details, CNNMoney communicated with him during prior Anonymous attacks and verified that he is a member of the collective.

CNNMoney: Why do you hack?

Anonymous: There are many answers for this question. But for Anonymous, hacking is a practical way to show we can change things. We hack because we can. [The government] needs to know it is not in total control. And people need to know that too. Control is an illusion, and it must be broken.

Anonymous is sometimes categorized as a “hacktivist” group — what kind activism interests you?

Anonymous is about giving voice to the silenced. There’s no particular kind of activism we give priority to. We are interested in giving power back to people. Besides, we want the Internet to be a common asset. Its infrastructure must be rebuilt so no government or corporation can control it. Universal encryption should be a security tool for every citizen to keep their personal information safe.

How do you choose your causes?

Usually in brainstorms. But some things just happen organically. It’s a little chaotic. You have an idea, you show your idea. If it’s good, more people will help you. And it can become global. Every once in a while someone tries to use operations to call attention for their work, their careers, their private interests. But it just won’t work.

What do you say to those who say Anonymous breaks the law?

If change comes through breaking laws, I think the laws must be broken.

Is there a line you guys won’t cross?

Hard to say. Depends on the situation, the urgency, the seriousness. We can’t answer for everyone, you know? But we would say the “personal interest” line — if we take something from anyone, it’s going to be given to someone who needs. Or it’s gonna be public. Like information.

Could you explain your code of ethics?

There’s no rigid code. We fight for freedom, so I can’t just throw my rules on you.

Is there a unifying principle?

Freedom. If there’s something that easily bring us together, it’s the struggle for freedom. If you lock up any of us, you’ll have trouble with every one of us. If you silence one of us, all the others will be yelling.

We desire the reconstruction of the Internet’s infrastructure, in a way that it can be a public good. The universal encryption as a tool for data security was a decision that we as hackers could take. We think that a hacker’s role is to give support to a new society, to provoke thoughts of a better future to everyone.