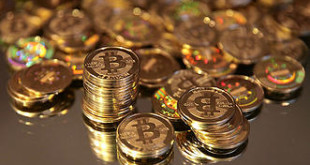 By year end, Manhattan renters with a taste for luxury will have more than 2,000 newly built apartments to choose among. Almost half will be in just one building on the far West Side.

Next week, the first tenants will move into Moinian Group’s Sky tower at 42nd Street and 11th Avenue. It’s the borough’s largest single multifamily building, with 1,175 units. Leasing of about 300 apartments at the luxury property—featuring two outdoor pools, a pet spa, and a regulation basketball court—began in June. Rents start at $3,000 for studios, $4,200 for one-bedrooms, and $6,200 for two-bedroom units.

The project’s opening just as soaring rents send Manhattan’s vacancy rate to its highest level in more than nine years. It also precedes the biggest wave of Manhattan apartment development in a decade. The 71-story tower is Moinian Group’s bet that leasing demand—and prices—will continue to rise as would-be buyers remain shut out of a sales market that offers few choices for residents who aren’t multimillionaires.

“It’s not easy to buy in New York, and that’s true more than ever today,” Mitchell Moinian, a senior vice president at the firm run by his father, Joseph, said last month during a tour of the site. “That’s leading to a lot of renters. It’s a renter’s world.”

Demand from a growing pool of tenants has pushed Manhattan rents up more than 18 percent since the recession ended in June 2009, according to Jonathan Miller, president of appraiser Miller Samuel. The apartment vacancy rate in November was 2.87 percent, up from 2.31 percent a year earlier and the highest since August 2006, according to a report issued on Thursday by Miller Samuel and Douglas Elliman Real Estate.

Next year, more than 6,700 newly built apartments will be listed for rent at market rates, the most since 2005, according to data from the new-development research division of brokerage Citi Habitats. Most of the units will be priced in the top 10 percent, or luxury tier, of the market, said Gary Malin, president of Citi Habitats.

“The stuff that comes online is obviously going to be at or close to the highest possible price point,” said Malin, who isn’t involved with Moinian’s project. “All of these buildings will do well. It’s just a matter of how high can they push rents and how fast can the units be absorbed.”

At Sky, 941 of the apartments will command market rates, meaning they’ll be priced based on the developer’s judgment of what people are willing to pay. The remaining 234 units are designated as “affordable,” reserved through a city lottery system for residents who fall below certain income levels.

Tenants of the market-rate apartments will get one month free when they sign a one-year agreement, said Jordan Sachs, president of Bold New York, the brokerage that’s marketing the project.

Bold New York started leasing the first 300 apartments while the building was under construction and its lobby and common areas were mere shells of concrete. More than six months before move-ins could begin, prospective renters donned hard hats to tour the tower, pored over some of its 72 floor plans, and were able to select units with either light or dark cabinetry and flooring. (What the developer calls “Dawn” or “Dusk.”)

“Everybody wants to buy and can’t necessarily afford it, and we’re catering to that experience,” Sachs said. “They want to have that feeling of living in a condo—‘I’m in a hard hat, I’m picking finishes.’ It plays into the egos a little bit.”

The project contains mostly studios and one-bedrooms, appealing to a demographic that might eventually buy but already has the income to pay for added flourishes, Sachs said. The top five stories will have 83 apartments, branded the “penthouse collection.” Tenants in those units, available next year, will have access to additional amenities. Among them will be the building’s only three-bedroom unit, which hasn’t been priced yet, he said.

Sky is promising enough perks for a stand-alone city, including a hair and nail salon and a café offering three meals a day. Among other enticements are a billiards lounge, a landscaped garden, and a concierge to help residents sort out such technology issues as hooking up Apple TV.

The list of amenities helps make Sky stand out from the crowd, despite the Manhattan-wide rise in vacancies, Moinian said. About half of the tower’s currently available apartments have found tenants, he said.

“Sky is the most impressive rental building ever built in New York City, and we believe the market will continue to respond to that very well as they have since we opened for leasing,” Moinian said.

Luxury-minded tenants will soon have more choices in Manhattan, including JDS Development Group’s 622 units on First Avenue near East 35th Street and Rose Associates’ 70 Pine St., which last week began leasing its 515 market-rate units. That may weigh down rents in a category whose prices have already started to decline, said Miller, the appraiser.

“This influx of thousands of luxury development units over the next year more than satisfies the need for luxury housing,” Miller told us.

Moinian Group has owned the Sky site—one block from the West Side Highway and two blocks from the entrance to the Lincoln Tunnel—since 2005 and briefly considered building condominiums there. It sits at the northern end of the city-designated Hudson Yards development zone, an industrial area that’s being transformed with plans for millions of square feet of office and residential skyscrapers.

About 10 blocks to the south, Related Cos. is at work on its $20 billion Hudson Yards project, what the company calls the biggest private real estate development in U.S. history. And Moinian Group is planning an office tower at 3 Hudson Blvd., near West 34th Street. It would be visible from the southern windows of Sky’s apartments.